Usually when I check out a website, aside from finding out how they can help me get what I want, I’m curious to find out how they got started. And, considering this is my website, I thought what the hell – I’d provide some background for those who might be interested.

So, this may not be what you were expecting to find in the About Us section of a website… and, if you’re looking for the typical Corporate blah, blah, blah… you can always get that from my Linkedin profile here. And, if you’d like to connect there, that’d be wonderful too!

So, here’s the story… 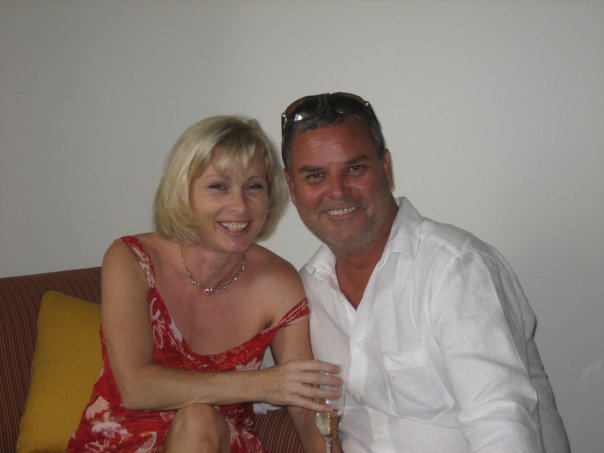 That’s me in the picture with my gorgeous wife Anna – the love of my life, moral compass and driving force behind all that I do…and who provides the motivation and freedom to follow my dreams.

Over the past 35 years I’ve must have generated hundreds of thousands of leads for my various teams to use to deliver sales appointments or close sales over the phone. I’ve run the gambit of lead gen programs and tactics to generate a wealth of good qualified leads to say goodbye to the stress and struggle of meeting our targets on a regular basis.

This all started back in the late 80’s when I owned a 24 seat call centre with a partner. Our clients were mainly time-share developers and financial planners, who needed hundreds of qualified prospects on a weekly basis. We were paid for each prospect we delivered that fit our client’s qualifications and attended a sales presentation at our client’s office or allowed a sales person to come to their home.

Under our performance based payment model – if the lead wasn’t ​qualified ​properly and ​attended a sales presentation we didn’t get paid! And, let me tell you… working under that payment model you quickly learn how to find the right prospects and cost-effectively engage with them to generate a sale or appointment, or you go broke.

In those days the internet hadn’t really got started, so we bought lists to call and sent out tons of direct mail to drive inbound calls. Often we had good results, but most of the time we were disappointed and our telemarketers really did it tough. 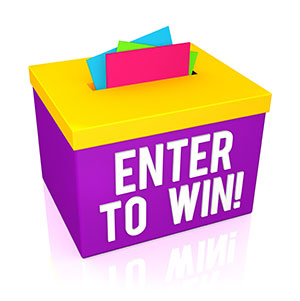 Then we started using contests (you might call them sweepstakes, competitions or giveaways) as a lead gen tactic and started generating huge numbers of leads every week!

It was a pretty simple lead gen program that we called the ‘box program’. You ran a free entry contest with a prize giveaway that had wide appeal and a high perceived value, and purchased entry boxes and printed entry forms to collect entrant’s names, contact details and…

We placed these entry boxes in locations like convenience stores and each week collected all the entry slips and sorted through them to identify qualified entrants, which we’d pass onto our team to contact.

In quick order we had some 3,000 entry boxes around the traps delivering up to 10 qualified leads per box each week. With this wealth of leads we substantially cut our lead costs and increased our close rate by over 600%, which dramatically reduced our sales costs!

Since then I’ve used the ‘box program’ over the years with companies I worked with in Australia, Canada and the US with great results, too. I’ve also had good results using the program at trade shows, shopping centres, fairs and sporting events to attract people to my booth, as well as, generating leads.

These days you don’t see many entry boxes out there since the internet really got going as a lead gen channel. However, you do see contests promoted all over the internet, and for good reason – contests are still a great way to generate a wealth of highly responsive leads!

At the end of November 2010, I was speaking with an old friend of mine who was stressed out about meeting his department’s sales target for the month. James considers me a ‘lead gen expert’ and wanted me to give him some tips and suggestions.

He was under pressure to consistently reach his department’s sales targets, and was frustrated that he couldn’t do this every month. Although he hid it well, I could see he was really worried he was going to get the proverbial “bullet”.

James is a great guy and a really good operator who hits his targets more often than not. He works harder than most, and his ultimate goal was to achieve his next promotion.

And, on a more personal level, all he really wanted was to go home and enjoy his family life without taking work stress home.

So, I was more than happy to discuss what his challenges were and why he wasn’t hitting his targets on a regular basis. As we drilled down, it was evident his biggest problem was that his telemarketing team weren’t closing the leads they were given at high enough rates to achieve their sales targets.

They were pretty much getting enough leads – the problem was they just weren’t really good enough. Sounds familiar, doesn’t it?

Feeling the heat, James was looking for a lead gen solution that would deliver the high-closing leads his telemarketing team needed to regularly achieve their sales targets. We discussed some lead gen strategies and tactics (yes, the box program, among them) and decided to catch up again in a few weeks.

Well, a week goes by… and I get a call from James thanking me for my time and telling me that they had let him go!

What happened to James really bothered me and I wondered how often this type of thing happens every week. It also got me thinking about the biggest challenges most businesses face and lead generation was right at the top of the list – especially considering what had just happened to James.

I kept thinking there has to be an easier way to generate a consistent flow of good, qualified leads that close at really high rates.

After considering what I’m really good at and most passionate about, I decided to develop a lead generation platform people like James could use to generate their own high converting leads to say goodbye to the stress and struggle of meeting their sales targets on a regular basis.

Over the next few month I worked out how to bring the ‘box program’ into the digital age so businesses could inexpensively promote contests online to get leads that told them which products and services they want and when they want to buy them. And, after a few years of development, beta testing and client trials to get proof of concept, yourleadEngine was born.

Does it work? You bet it does! And, don’t just take my word for it…